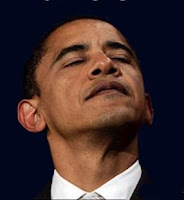 First proposed in 1966 and named after Columbia University sociologists Richard Andrew Cloward and Frances Fox Piven, the "Cloward-Piven Strategy" seeks to hasten the fall of capitalism by overloading the government bureaucracy with a flood of impossible demands, thus pushing society into crisis and economic collapse.

Thanks for posting this. We all need to know this information.

I think that Conservatives do well by demanding that Obama live up to some of his promises.

Airing the video of his repeated promises to have the health care debate broadcast on C-SPAN is an example.

The C-SPAN demands by Obama are probably the biggest indictment of hypocrisy ever.
I don't have a lot of faith in the GOP, but this should be front and center in the next election, unless of course, the GOP thinks it may 'upset' moderates.................