ILLEGAL IMMIGRATION PROBLEM! NOT ACCORDING TO THE WHITE HOUSE. 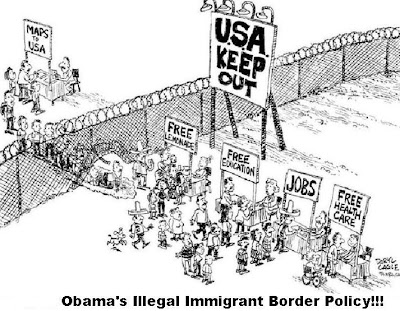 In an effort to dodge the immigration issue, President Obama declared that Congress lacks the "appetite" to take on immigration while many of them are up for re-election and while another big legislative issue — climate change — is already on their plate. "I don't want us to do something just for the sake of politics that doesn't solve the problem,"
Now that right there is LEADERSHIP folks! Climate trumps illegal immigration! And of course, we don't want to do anything for the "sake of politics" EVERYTHING THIS CLOWN DOES IS DRIVEN BY POLITICS!
Posted by Joaquin at 1:52 PM