WHAT ARE WE BECOMING??? 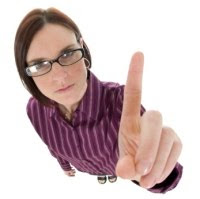 Are we becoming a nation of whinny little rats and tattle-tales?

A lot of players could be seen on TV smoking the cigars, and Reds owner Bob Castellini was passing them out. But video doesn't affect the investigation - the health inspector has to actually see someone smoking, said Rocky Merz, health department spokesman.

Five people called a statewide smoking ban complaint hotline, Merz said. Those complaints were sent to the city health department today for investigation. Castellini will get letter soon notifying him of the alleged violation."

So the Reds end a 15 year post-season drought and the owner breaks out cigars......IN THEIR OWN CLUBHOUSE, and FIVE little Gestapo rats call the Smoking Ban Complaint Hotline.
First off, what the f*ck is a smoking complaint hotline?? A government run Gestapo apparatus to monitor smoking? What in the hell are we becoming?!!!
Posted by Joaquin at 12:59 PM

Dude, those five people are just trying to save the lives of those players. Smoke kills, ya know. Bottles of Bourbon and loose babes, on the other hand, completely a-ok.

Care to bet that the ones that complained are progressives?

What in the hell are we becoming?!!!