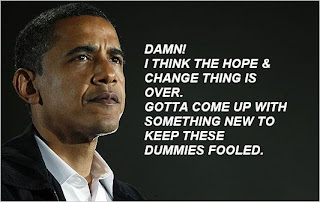 
In reading those numbers, what sticks out is the 40% that STRONGLY DISSAPROVE. 40%!
During the race, Obama was sold as the non-partisan/new tone candidate. The one that would bring all people together, not tear them apart.
It seems that now Obama is clearly seen as a polarizing figure. A VERY POLARIZING FIGURE!
Posted by Joaquin at 9:00 AM