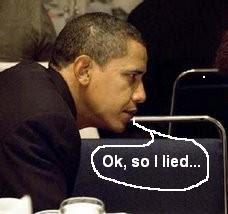 PITTSBURGH (AP) - Today, Caterpillar Inc. announced plans to lay off more than 2,400 employees at five plants in Illinois, Indiana and Georgia as the heavy equipment maker continues to cut costs amid the global economic downturn.

This has to be a mistake because on February 11, 2009 President Barack Obama told the nation that heavy-equipment maker Caterpillar had informed him it will rehire some of the thousands of workers it has laid off in recent weeks if Congress passes an economic stimulus bill.

Oh, I forgot that when asked about the rehiring Obama talked about, Caterpillar CEO James Owens said: "I think, realistically, no. The honest reality is we're probably going to have more layoffs before we start hiring again."
Posted by Joaquin at 2:39 PM

During the election Facebook was full of loyal Obamaites who changed their middle names to Hussein and linked to every word he said. Now on Facebook all you hear from these self proclaimed liberals is...NOTHING. It is as if nothing is happening outside of stupid applications and dumb status reports about work and family. They don't say ANYTHING about him anymore at all. I seriuosly doubt he can get them to walk the block, knocking on doors to pass the budget... I wish I knew what they were thinking.

I believe that secretly some Obama supporters are now questioning his ability to be president.
From no earmarks, to unbridled government spending, the trail of broken promises is rather lengthy.
And we are only into the third month of his presidency!