IN HIS DAILY SPEECH-A-THON, OUR PRESIDENT MADE THE FOLLOWING STATEMENT: 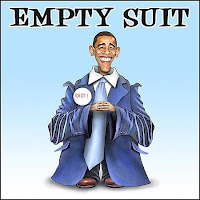 "When America strays from our values, it not only undermines the rule of law, it alienates us from our allies, it energizes our adversaries and it endangers our national security and the lives of our troops."

HUH? How do our values keep us safe from individuals/organizations/countries that want to harm us?

What were our values during the Oklahoma City bombing, on 9-11, during the first World Trade Center bombing, and on Sunday, December 7, 1941? What were the values of the people of Spain when their trains were bombed? Were Japanes values in the toilet when their subways were gassed?

Now we are being lectured, that because 200 terrorists are held at Gitmo, and 3 were water-boarded, our values have been compromised? REALLY MR. PRESIDENT?