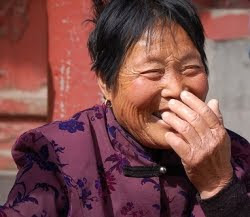 Richard A. Grenell Former Spokesman to 4 US Ambassadors to the UN :

The White House went to China with a 71 car motorcade, hundreds of staffers that had never been to Asia and a flying party on Air Force One. Reporters on the trip have silently told their friends that they are having a great time with lots of shopping time and wonderful dinners. The problem with this expensive taxpayer funded travelogue for the White House is that by not pressing China on the issue of Iran or building support for the Proliferation Security Initiative with Japan, South Korea and China they are sending the message that these issues are not that important to us. Why not press the Chinese to stop the North Korean march toward nuclear weapons?

A basic rule of international diplomacy is that when you show up for an official visit you have to also ask for something in return. I am beginning to see a pattern with this White House - one in which they know how to socialize but not how to negotiate.