GREEN JOBS, SOLAR, AND WIND POWER IS ALL WE WANT! 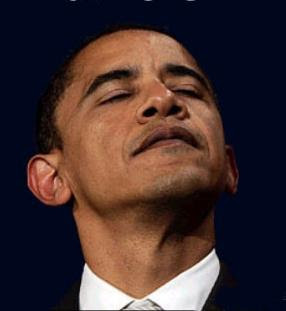 Shell Alaska has dropped plans to drill in the Arctic waters of the Beaufort Sea this year and will concentrate on obtaining permits for the 2012 season, company Vice President Pete Slaiby said Thursday.

The recent remand of air permits issued by the Environmental Protection Agency was the final driver behind the decision, Slaiby said at a news conference.

Alaska receives upward of 90 percent of its general fund revenue from the petroleum industry, and top state officials reacted strongly to the decision. U.S. Sen. Mark Begich, D-Alaska, blamed the Obama administration and the EPA.

“Their foot dragging means the loss of another exploration season in Alaska, the loss of nearly 800 direct jobs and many more indirect jobs,” Begich said. “That doesn’t count the millions of dollars in contracting that won’t happen either at a time when our economy needs the investment.”
And for further proof that the FOOL in the White House is dead-set on continuing to systematically wreck the US economy, I give you this:


Too bad we don't actually live in the Land of Make Believe. Then Obama would be a great president.

The scanner assembly that uses CCD usually has sensors arranged in three rows. These sensors have different filters such as the green, blue and red. Hand Scanner: In the early 1990s, equally drum scanners and flatbed scanners were too costly for simple home use. For that reason a number of companies produced small hand-held scanners. The hand-held scanner is available in two different forms such as 3D scanner and document scanner. Film Scanner: Special equipment is used to scan films. Film floor covering are moved crosswise a lens by using a 'stepper motor'. The CCD sensors placed inside the scanner, further scan these films.
hydro electric
hydro electric power
what is hydro electric
inventhistory
power generator
wind power generator
solar and power
electric transportation