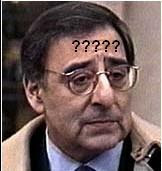 WASHINGTON (AP) - Two Democratic officials say President-elect Barack Obama has chosen former Clinton White House chief of staff Leon Panetta to run the CIA. Panetta was a surprise pick for the post, with no experience in the intelligence world.

Panetta was director of the Office of Management and Budget and a longtime congressman from California.

He served on the Iraq Study Group, a bipartisan panel that released a report at the end of 2006 with dozens of recommendations for the reversing course in the Iraq war.

Panetta currently directs with his wife Sylvia the Leon & Sylvia Panetta Institute for Public Policy, based at California State University, Monterey Bay a university he helped establish on the site of the former U.S. Army base, Fort Ord.

CAN YOU SAY, HARRIET MYERS?

Update: My apologies to Harriet Myers. At least she was somewhat qualified for the job.

Harriet Myers was somewhat qualified for the job.

If by "somewhat", you mean "not," then you're right on the money!