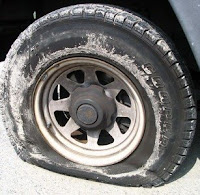 In a monumental blow to Obama, the IOC eliminated Chicago in the first round of voting.
All along I was 100% sure the Chicago bid was a DONE DEAL. How could it not be a DONE DEAL?
First off, the First Lady along with Oprah flew to Copenhagen, where they made a weepy emotional plea to the committee. Then the BIG GUY personally makes a trip there, and makes another pitch for the Olympics. With all this 'theater' it has to be a DONE DEAL, right?
I mean, when heads of state make a trip, all the 'work' has been done behind the scenes, and the actual meetings are merely photo ops.
Can you imagine Nixon going to China and coming back with nothing?
Can you imagine Arafat and Sadat at Camp David and leaving with nothing?
When a US President meets with another head of state, they sign something, or agree on something! They don't just walk away empty handed.
What is obvious is that Obama thought he could just waltz into the IOC, do a little song and dance, and the IOC would just roll-over and give Chicago the games. Pssssssssssss............
Was this arrogance on parade, gigantic hubris, or just plain lack of preparation and negotiating skills?
Whatever it was, it is certainly a clear sign that these folks are in way over their heads, and the whole world, including our enemies know this.
When do those talks with Iran start? You know, the ones with no preconditions?
Posted by Joaquin at 3:24 PM