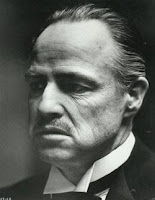 On October 13, 2008, Treasury Secretary Henry Paulson summoned the CEOs of the nation's largest banks into a gilded conference room at the Treasury Department just a stone's throw away from the White House. Each CEO was then handed a one-page document that said their company would agree to sell hundreds of billions worth of equity to the federal government through the Troubled Asset Relief Program (TARP). "We plan to announce the program tomorrow – and that your nine firms will be the initial participants." In case anyone missed the subtle message, Paulson added, "We don’t believe it is tenable to opt out, because doing so would leave you vulnerable and exposed." Sure enough, just like a certain fictional band land leader once did, all nine CEOs signed their respective contracts.

Yesterday, history repeated itself. This time it was the executives of BP who were summoned directly to the White House to have a little chat with the President and Attorney General Eric Holder (who has threatened BP with criminal prosecution).

Read more
Posted by Joaquin at 9:58 AM