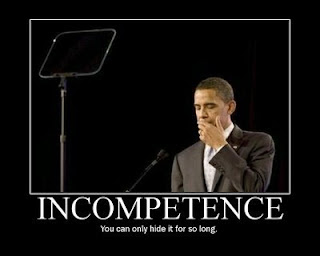 My fellow Americans: Events of the past 55 days have taught me some valuable lessons about leadership and I'd like to share those with you tonight.

When the Deepwater Horizons rig blew up and spawned a terrible oil spill on April 22, my administration's response was conditioned by decades of liberal and leftist thinking about business and government. My background in academia and community activism had never exposed me to the basics of making business decisions or to the fundamentals of a market economy. To the contrary, my friends on the left and I tended to see businessmen, doctors, bankers -- pretty much anyone who made a profit -- as selfish creeps. "There comes a point when you've made enough money" I scolded, when urging passage of a financial reform bill.

So when the oil spill became a national story, our instinct was to bash the company. "I am angry and frustrated that BP has been unable to stop the leak," Interior Secretary Ken Salazar complained.
READ MORE.
Posted by Joaquin at 11:51 AM

Hey, I thought I'd stop by your place.
I like the layout. Coloring is great.
Content, not so much..
Just one thing I would ask you to think about. Between Obama and McCain,do you actually feel McCain would have been better. I know you want to say yes..but really, deep down and honestly.
I vote for the candidate, screw party affiliations. I sincerely want the Republicans to come up with a viable alternative.
Anyway good luck with your blog,I'm sure it will be a success.

Tim, I think anyone that is slightly engaged in politics asks themselves the question: Would McCain be better?
My answer is........yes.
I held my nose when I voted for McCain, yet I have no doubt that McCain is not a Socialist. With all of his faults, McCain would always put America, and its allies, first especially on the international stage. Take a look around the globe and you'll see that every tin-horn despot is taking potshots at us and our allies. Would that be taking place with McCain in the White House?
You say you "vote the candidate" and that's very noble. If you voted Obama, I would love to know the reasons behind that choice and would you do it again knowing what you know now.

If we voted McCain in, we would be in Wars with North Korea,Russia via Georgia. On almost everything he has said in the past he pretends he didn't. He was a lousy choice for the Right. See that's another problem,Republicans do this turn thing. Oh it was McCain's turn. Screw that, put somebody good in there to fight. THE best reason I hate McCain is his choice of Palin. You know that was pushed on him. Now if you tell me you like Palin our relationship is challenged. Tell me honestly she was the best candidate they could have put up. You know it was an effort to get Women's votes. I hate that! Pick the best Candidate. Right now we are a two party system. Thus far one party has been doing all the work. We need Republicans to participate and pretend to earn their money and trust. By the way I'm a Socialist. Should I be shot?
You asked if I were to vote for Obama again. Again it depends on who's running. I'm not sure if he'll even run. Now I have a question for you, are you a birther,
do you think he's legit.

Palin was a bad pick, but no worse than Biden.
Palin was a shot at the women vote, much like Biden was a token, milk toast white guy. Then again, Biden is certainly better qualified for the Presidency than Obama.
Should you be shot for being a Socialist? No, you are fortunate you live in the US and can freely express your political views. Now, if you lived in Cuba?..............