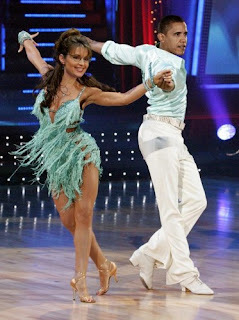 NYT -President Obama had a message for the American people Monday night, an explanation of the government’s intentions in Libya, one that he believed was important enough to request air time from the broadcast networks as well as the cable news networks. But the administration also recognized that some networks, like ABC, had important priorities of their own: the programs they had scheduled for prime time Monday — like “Dancing with the Stars,” the second most-watched show on television. After some friendly negotiations, all parties agreed to a mutually acceptable time: 7:30 Eastern, which meant the speech on the military situation in Libya could be delivered — and analyzed — in time for the fans of “Dancing,” as well as other scheduled network shows, to see the shows they expected to see at their regularly scheduled times. MORE

Maybe the Mayan's were right?
Posted by Joaquin at 11:31 AM