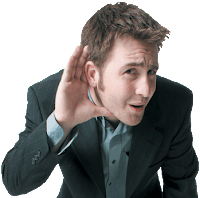 MORGANTOWN, W.Va. (AP) - A West Virginia congressional seat that's been held by a Democrat for generations is now up for grabs after 14-term incumbent Rep. Alan Mollohan was swept out of office on a wave of voter unrest that an opponent called a referendum on President Barack Obama.

The congressman is the first U.S. House incumbent to be ousted this spring primary season amid widespread anti-incumbent sentiment. The same unrest helped end the 17-year career of Utah Republican Sen. Bob Bennett, who lost a GOP convention on Saturday.

State Sen. Michael Oliverio carried 56 percent of the vote to Mollohan's 44 percent Tuesday night after an aggressive campaign that questioned the incumbent's ethics and support for issues including federal health care reform.

"We announced our campaign 100 days ago, and in 100 days' time our country has fallen one-third of a trillion dollars further into debt," Oliverio said. "We have to get the country's financial house in order, and that's what we're committed to doing."

Time for progressives to pay for their unwillingness to listen to the voters!

I continue to be amazed by the complete arrogance and total disdain of public opinion by this administration.
During the Clinton years we all commented that they were 'POLL DRIVEN' and chastised them for having no 'core values'
With this bunch, we have the complete opposite. We now have an administration that could give two $hits about public opinion. From health care, bailouts, and immigration, the public sentiment is loud and clear. Yet, they could care less!
From this I can only deduce that the implementation of their broad agenda is more important than political victory.