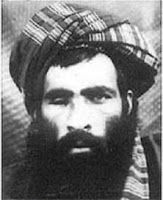 WASHINGTON — The Taliban’s top military commander was captured several days ago in Karachi, Pakistan, in a secret joint operation by Pakistani and American intelligence forces, according to American government officials.


Great news, but what I want to know is:
1. Is he being tortured? The NYT article stated that "his capture had provided a window into the Taliban and could lead to other senior officials"
So he's obviously talking. How did they get him to talk?
2. If he is being tortured, how can the Obama administration let that happen?
3. Why was this story 'sat-on'?
While I'm glad this guy got caught, he is in the hands of the Pakistanis, which aren't exactly our buddies.
Posted by Joaquin at 8:39 AM

Something tells me that Pakistan doesn't Mirandize their captives.