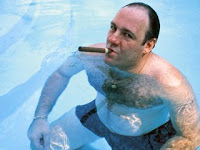 Ask Tony Soprano how the construction business is, and he'd probably say: "NOT TOO BAD, AND IT'S GONNA GET BETTA"

There has not been a lot of coverage of this. It happened back in July and is only now winding its way through the federal system.

Barack Obama and his administration are about to significantly drive up the costs of federal building construction. In an incredible reach of power, The Office of Management and Budget has directed that any federal construction over $25 million benefit unions.

The order would make all federal construction projects 10-20% more expensive by requiring all contractors to either use union workers and work rules to their employees. Contractors would also be required to make contributions to union pension funds and other union programs that non-union workers will never benefit from.

Just what the doctor ordered in a down economy.
Posted by Joaquin at 4:19 PM